Explore the commercial market and contact entrepreneurs will to sell thier business.

Is politics really a dirty game?

Is politics really a dirty game? 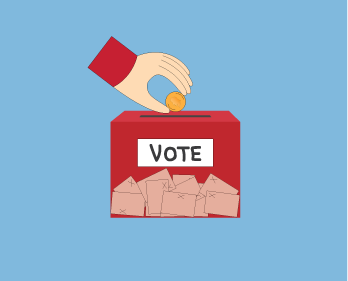 “Congratulations! Sharmaji for being appointed as an A grade official of Singha Durbar. Hope to see the changes. Wish you all the very best.” “Have a safe journey to America, Sharmaji. Let’s be in touch and please inform me whenever you are back in Nepal.”

You must be wondering and thinking these are two different Sharmajis right! or maybe, a short trip you must be thinking but not really. This is the same Sharmaji whom I was praised for being appointed as the government official, seven years down. And today I am wishing him a safe journey at Tribhuvan International Airport.

He added, “ no one was happier than me when I was appointed as the government official because I always dreamt of working for the people and I used to think it was the right place for me to prove my worth. But I was wrong. For the reason not favoring any political parties I never got a single appreciation, not even once during these seven years. I had to resign because we lost a big deal(about 10 million) because I didn’t agree. I had the power but I couldn’t do anything, the politics won, I lost. Politics is really a dirty game.” He left me with a goodbye and entranced toward the TIA.

Standing still there, I wanted to stop him, but in vain, he had gone away. I started thinking is politics really a dirty game? Of course not, most of the people misconceptualize the idea of politics with a dirty game. Can you call home a dirty place because the people with poor parenting disputed their family? Is the concept of family wrong? Obviously not. In the same way, we can’t call politics a dirty game. It’s just the people with a dirty mindset getting into politics mess the whole things up.

Politics is a system of governance of the country or the state. Well, being in a Democratic country, we have the right to chose the leaders of own. It does really matter whom we cast the vote, we caste the vote to the same people with a mindset of people of 30 years ago and expect the change and blame the politicians and politics for everything. Is it fair?
Often we keep on talking about developed countries like Australia, America, Canada, Japan and many more and even shift as well but do we ever think why these countries are so developed?  50 years ago Japan, North Korea, and Nepal were in the same range of development. Today Japan and North Korea are among the powerful countries in the world. And the reason is the good governance,  the “Politics” of course that we have marked as a dirty game.

So, in the end, I would like to ask everyone; is politics really a dirty game?

Published on 22, November 2019 by Sandip Adhikari